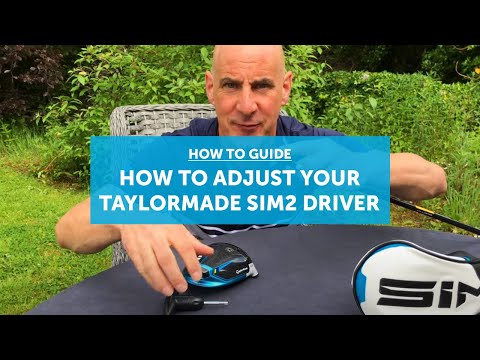 There are no shortage of reasons golfers have loved TaylorMade drivers over the years. From technology, to design, and just about everything in between, the company continues to get it right when it comes to drivers.
Of late however, the shape of TaylorMade drivers, along with all the other stuff, has been what golfers rave about.
That story continues with the Sim2 family of drivers. While the shape of the Sim2 drivers mirrors those of the previous SIM family, the materials used to create that shape are completely different. We’ll talk more about that in a bit.

Best deal at: globalgolf.com
Buy for best price
globalgolf.com
$449.99
SEE IT
Fairway Golf, Inc.
$449.99
SEE IT
PGA TOUR Superstore
$449.98
SEE IT
Amazon.com
$449.99
SEE IT
DICK'S Sporting Goods
$529.99
SEE IT
Price history
×
Last Amazon price update was: February 5, 2023 4:55 am
× Product prices and availability are accurate as of the date/time indicated and are subject to change. Any price and availability information displayed on Amazon.com (Amazon.in, Amazon.co.uk, Amazon.de, etc) at the time of purchase will apply to the purchase of this product.
TaylorMade Sim2, Max, and Max D Driver

TaylorMade has led the golf industry in driver production for years.  They’re the most played driver on all the major tours.  If you’re out playing in a foursome, it’s likely that there’s more than one TaylorMade driver in the group.  And that’s with good reason, their stuff is some of the best out there.

The latest hype is the family of Sim2 drivers new for this year.

Who Should Buy the TaylorMade Sim2, Max LS, and Max D Drivers?

Anyone looking for a premium driver that employs the very best in design, materials, technology.  That’s who.

As we stated in the opening, TaylorMade hasn’t fundamentally changed the design in the Sim2 drivers.  Instead, they’ve looked at each component of the driver and made it more efficient.

The result is a family of drivers that has something for everyone, regardless if you’re a Tour Player, or high handicapper.

In short, one of the Sim2 drivers is sure to fit your game.

Again, the design features and technological concepts haven’t really changed that much from the Sim series of drivers to those in the Sim2 family.

What has changed is the materials used in construction.  In more than one area of the driver head, TaylorMade has incorporated lighter, more durable materials to make each club more aerodynamic for faster swing and ball speed.  Not to mention increased forgiveness and distance.

If there’s one feature that stands out more than any other in the Sim2 driver, it’s the forged aluminum ring that encompasses the crown and back of the driver.  By using aluminum in these portions of the club, weight is reduced and moved to other areas of the club where it can be used more efficiently.

This driver is also the lowest spinning of the three.  While that’s great for high launch conditions and increased distance, early testing shows that some forgiveness may have been sacrificed in the pursuit of low spin.

Compared to the Sim2, the Sim2 Max driver is more forgiving and spins a little more.  A 24-gram tungsten weight is situated at the back of the head to increase MOI, and therefore forgiveness.

Another design feature that makes this driver more forgiving is a face that’s five percent larger than the Sim2.

If you’re a chronic slicer (there’s more than one of you reading this article), the Sim2 Max D driver is made for you.

With an even larger face and more MOI than the Sim2 Max, this is by far the most forgiving driver in the Sim2 line.

The back weight in the Sim2 Max D has been moved toward the heel.  This enables players to square the club at impact and greatly reduce left-to-right spin.

Unlike a lot of drivers on the market for 2021, none of the Sim2 drivers are adjustable.  While that might be a drawback for some players, TaylorMade maintains that they’ve been able to ensure consistency in design and performance by eliminating this single feature.

The Sim2 Max driver is available in lofts of nine, 10.5, and 12 degrees.  Length, head size, and lie angle are the same as the Sim2.  Swing weight is D4.  Stock shaft options are the Fujikara Ventus Blue in stiff, regular, and senior flex; and the Kuro Kage Silver in regular, stiff, and extra stiff.

Just like the Sim2 Max, the Sim2 Max D driver comes in lofts of nine, 10.5, and 12 degrees.  Length, head size, lie angle, and swing weight are the same as the Sim2 Max as well.  Stock shaft option is the Fujikara Air Speeder in stiff, regular, and senior flex.

I think I’ve hit just about every TaylorMade driver that’s been introduced for the past decade.  While I’ve liked some better than others over the years, I can say that the Sim2 and Sim2 Max have blown my mind (the Sim2 Max D is not made for my swing).

Even though there are a lot of similarities to the original Sim drivers, the different construction materials and design modifications make all the difference in the Sim2 and Sim2 Max D.

I noticed that both the Sim2 and Sim2 Max spun a little less off the face and as a result the flight was a little lower than my current driver.  However, the solid feeling and stability at impact gave me a lot of confidence.

Like most TaylorMade products, my final verdict is that you can’t go wrong with any of the Sim2 drivers.

TaylorMade knows what they’re doing when it comes to the driver game.  They have for years and that’s witnessed by their widespread popularity.

Even though the Sim2 series of drivers are similar to the original Sim family in many respects, the use of different materials in construction has improved the performance of all three clubs this year.

If you’re looking for an upgrade to your current driver, you’d be missing out if you didn’t at least take a Sim2 driver for a test drive.