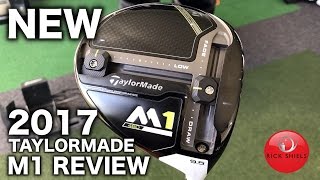 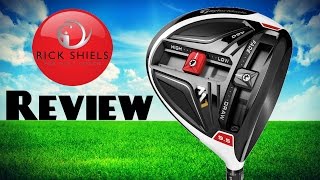 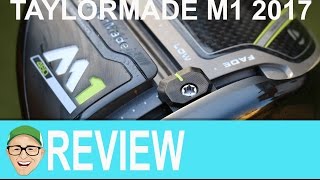 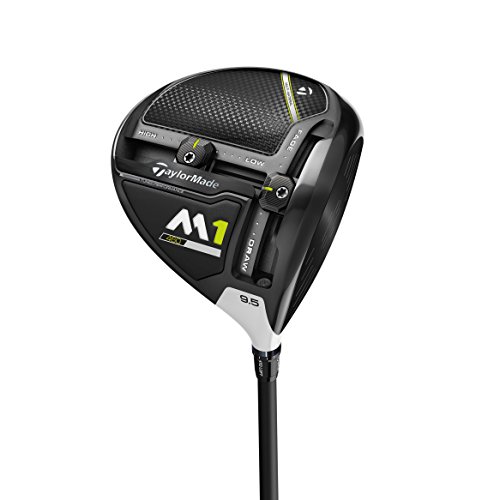 The M1 Driver is by far one of the best drivers made by TaylorMade to date. With a crown crafted out of six-layer carbon composite, and a sole built of 9-1-1 titanium, the TaylorMade M1 Driver is truly an amazing club.

The TaylorMade M1 Driver incorporates the revolutionary T-Track System. This system allows players to personalize their M1 to their own specification helping them create the optimal driver for their swing or condition. The redesigned T-Track system now consists of both a Front and Back Track with a total of 25 grams of adjustable weight. The Front Track weighs 15 grams and helps players optimize the shape of their shots. Players can now move the weight to produces either a draw, neutral or fade biased shot. The Back Track weights 10 grams and helps players change the launch or spin condition of the ball, either high or low. A player with more consistent ball strikes is like to see a greater change in ball flight and performance using the T-Track System.

The TaylorMade M1 Driver also comes with an Adjustable Loft Sleeve that is designed to help players optimize their launch to drive the ball either higher or lower. The TaylorMade M1 Driver provides players with twelve different choices of loft on the hosel. The standard loft can be adjusted two degrees either higher or lower, and can be changed in increments of 0.4, 0.6, and 1 degree. 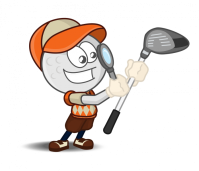 The TaylorMade M1 Driver also features an impressive lineup of stock shafts that players can choose from, these is the Fujikura Pro XLR8 56 (provides for a higher launch, with a mid to high spin), the Mitsubishi Kuro Kage Silver Dual-Core TiNi 60 (provides for a mid launch with low to mid spin), and the Project X HZRDUS Yellow 65 (provides for a low launch with low spin). As with most TaylorMade clubs there are a variety of flexes available, including Senior, Regular, Stiff, and Extra Stiff.

Hey Guys, our friends at Global Golf are hooking you up with 15% off, so be sure to click this link and use the code GA15 at checkout)

How Does the TaylorMade M1 Driver Compare?

The TaylorMade M2 Driver is by far one of the most technically advanced and adjustable drivers on the market today. The newest version of this amazing club was released in early 2017, and not only did it receive the highest rating of Gold in the 2017 Golf Digest Hot list, but it also became one of the most recognized clubs used on the tour. Truly the epitome of modern design, the TaylorMade M2 is all about technology. With a two tone crown and carbon fiber design, the black-white contrast makes alignment a snap and it looks ready to crush it down the fairway. The M2 is a real game changer, with a low launching and low spin spinning power it delivers some serious ball speed. The TaylorMade M2 Driver is truly an amazing club that is perfect for the low to mid handicap golfer looking to improve their performance when on the tee box.

The TaylorMade M3 Driver is one of most technologically advanced drivers ever produced and is engineered to expand the sweet spot, maximizing forgiveness, and allowing for personalized adjustment of the ball flight. It is meant to replace TaylorMade’s M1 Driver and builds on the innovations and technology that made that driver a success. See our TaylorMade M1 Driver review here to learn more. The TaylorMade M3 signature feature is its innovative new Twist Face design that uses a novel corrective curvature on the face of the club to add forgiveness and help drives go straighter. A Hammerhead slot further adds to the forgiveness while also increasing ball speed to help extend drives further down the fairway. Lastly, a new Y-Track movable weight system allows adjustments to optimize ball flight. These all combine to help get the most out of drives, making them straighter and longer than before. The TaylorMade M3 Driver is truly an amazing club that is perfect for the low to mid handicap golfer looking to improve their performance on the course.

The Rogue Sub Zero Driver is getting a lot of excitement as the follow up tour-level driver for the hugely successful Epic Sub-Zero. Coupled the performance benefits of Jailbreak technology with improved forgiveness. By reducing the weight of the Jailbreak bars, engineers could move more weight towards the back of the club head. The result was a longer, more forgiving club with high MOI. The Rogue Sub-Zero remains an amazing driver for many golfers and will be the biggest rival to the new Epic Flash Sub-Zero