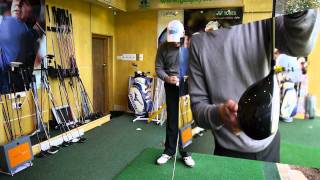 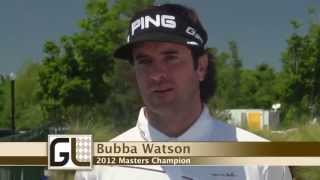 You really can’t go wrong with the Ping name. So, if you are looking for a great club without any frills or a fancy design that can just get the job done, then this “game improvement driver” is the club for you.

The Ping G20 is one of the most forgiving and consistent drivers on the market, so if you want to drive the ball further down the fairway this could be the driver for you. Now Ping is known for some the most well engineered and highest performing clubs on the market. With an aerodynamic Titanium face and external weight placement in the sole, this driver is specially designed for the average golfer looking to improve their performance on the links.

The G20 has been designed to give a player the two things most desired in a driver: high launch and low spin. If a golfer is able to maximize these things, then they will be sure to find themselves having greater distance off of the tee. This breakthrough is accomplished by the optimization of the center of gravity by use of an external weight. Additionally, the G20’s large multi-thickness face produces greater ball speed and an increase in MOI allowing for greater forgiveness.

The biggest question I had going into this review was what PING plugged with this driver: high launching with low spin. I usually hit the ball a bit too low, and thought that my spin rate was fine. But after hitting the G20 at the driving range, I found that the ball took off much higher, and dropped ever so slightly. My other concern was that due to the launch characteristics, I was afraid I would lose some of my accuracy. However, I realized that my concerns were unfounded, and my accuracy stayed the same as when I hit my normal driver. If I had one knock on the G20 it is that I didn’t get the normal feedback as I have with other drivers in the past.

You really can’t go wrong with the Ping name. So, if you are looking for a great club without any frills or a fancy design that can just get the job done, then this “game improvement driver” is the club for you.

There is quite a variety of lofts you can get with the G20. The lofts include 8.5, 9.5, 10.5 and 12 degrees. Surprisingly all of the head weight the same at 204g and have a swing weight of D3. PING only gives you two standard options on the shafts, the PING TFC 169D and the Tour version of the shaft. The tour versions have a bit less rotation and a little extra weight. I went with PING TFC 169D shaft for this review and found it just about perfect for my swing speed.

As you can probably guess, I think the G20 is great. I haven’t taken it out of my bag since I purchased it, and it is becoming a contender for a full time spot in my bag. To be honest, this is the first PING driver that has lasted more than a couple of months, and it is definitely work trying. It’s exactly as advertised and will give you a bit higher launch angle with too much spin. There are many drivers to choose from in the Ping line, and the g20 is a moderately priced “game improvement” driver that will give you the power and forgiveness you need to better your game.

How Does the Ping G20 Driver Compare?

Amazon.com
$299.44 1 used from $299.44
Best Deal
Last Amazon price update was: July 1, 2022 8:58 am
× Product prices and availability are accurate as of the date/time indicated and are subject to change. Any price and availability information displayed on Amazon.com (Amazon.in, Amazon.co.uk, Amazon.de, etc) at the time of purchase will apply to the purchase of this product.

Amazon.com
$199.00 1 used from $136.64
Best Deal
Last Amazon price update was: July 1, 2022 2:32 am
× Product prices and availability are accurate as of the date/time indicated and are subject to change. Any price and availability information displayed on Amazon.com (Amazon.in, Amazon.co.uk, Amazon.de, etc) at the time of purchase will apply to the purchase of this product.