The Importance of Having the Golf Club Lie Angle

Do you remember when you first got hooked on the game of golf? Maybe it was that first trip to the driving range with your buddy when you hit a 7-iron dead flush. Perhaps it was when you made your first par or birdie with a borrowed set of clubs. Your next step was to go out and by a set of beginner clubs at a box store that didn’t cost an arm and a leg. While those clubs serve a purpose to get you into the game and see some initial success and improvement, they only go so far. As you continue to practice and improve, making sure your equipment is tailored to your swing is paramount if you’re going to reach your full potential. Making sure the lie angle of your irons is spot on is a key component that can make or break your game. In this article we explain what lie angle is, how it affects your swing and ball flight, and how to go about determining the best setup for you.

What is Lie Angle?

The term lie angle refers to the angle between the center of the shaft and the bottom of the golf club when it is soled flat against the ground in the address position. The perfect lie angle is one that allows you to assume your natural address position, let your arms hang freely and grip the club comfortably with the sole resting flat on the ground. Unfortunately, most players play with clubs where the lie angle is either too upright or too flat.

What Does A Flat or Upright Lie Angle Mean?

While there is a universal “standard” by which lie angle is measured for each club, you might find that the lie angle that fits you best is either flat or upright relative to standard.

A flat lie angles contains less angle between the shaft and the clubhead. For example, if the standard lie angle on a 9-iron is 64 degrees, a lie angle of one degree flat would be 63 degrees.

Even if you’re just a beginning golfer, having the right lie angle on your irons is essential. Clubs with an improper lie angle lead to mishit shots that curve off line.

If the lie angle of your clubs is too flat, the heel of the club returns to impact too high off the ground and the face points right. This leads to shots that start right of target and slice even farther right.

Clubs with a lie angle that is too upright return to impact with the toe too high in the air and the face is pointed left. The result is shots that start left and hook farther left.

As you can see, playing with an improper lie angle spells trouble for your golf game. If you find yourself consistently missing shots in a certain direction you’re probably tempted to go to the range with a new swing or pay for an expensive lesson. Before you panic however, it’s a good idea to get a fitting from a PGA Professional and make sure your equipment isn’t the culprit of inconsistent shots.

Is Lie Angle Important for All Clubs?

The answer to this question is a resounding yes. Lie angle even matters on your putter. With that being said, lie angle matters most on your irons and wedges. Because irons and wedges have a lot more loft than woods, the degree to which the clubface points off line due to a lie angle that is too flat or too strong is greatly exaggerated. In other words, if the lie angle on your wedges is off, you will hit it farther off line than if the lie angle on your driver isn’t quite right.

When you purchase a new set of irons or wedges it’s important to know whether they are forged or cast. Knowing the difference between these manufacturing processes is the best place to start.

Most game improvement irons that are forgiving and designed to get the ball in the air are cast. Cast clubs are made by putting liquid steel into a mold that is then cooled. Cast clubs are easy to produce in bulk which allows manufacturers to get them into the hands of players quickly.

A drawback about cast clubs is that they can’t be bent of manipulated. If you are going to buy cast clubs, you need to make sure they have the lie angle that suits you best. This is easily accomplished by going through a proper fitting.

Forged clubs are made by hand from a single piece of steel and are generally suited for better players who want control and feel. Forged clubs can be bent and manipulated slightly, so if you need to adjust the lie angle by a degree or two after you buy a set, then it can be done with the proper tools. Be cautious though, it is still a wise idea to get fitted before you make an expensive purchase.

If you suspect the lie on any of your irons and wedges isn’t where it needs to be, then it is easy to check. All you need is a lie board and a roll of lie angle tape. Your local Pro likely has both of these items so they shouldn’t be tough to come by.

To begin, place a single piece of tape on the bottom of your club and a range ball on the lie board. Then just make a few swings. At first you might be afraid of damaging your club by hitting it off such a hard surface but don’t worry, lie boards are made specifically for this purpose.

If you’re going to check your lie angle, it’s important that you do so with every one of your irons and wedges as it can vary between clubs.

How Do Club Fitters Determine Your Proper Lie Angle?

Taking the time to go through a club fitting can’t be stressed enough. Nearly all major manufacturers have a guide or chart that makes changing the lie angle in a demo club easy. Ping leads the way in club fitting and its simple color-coded dot system lets you know whether you have a standard lie angle or one that is upright or flat.

To begin, a club fitter will take a hand-to-floor measurement by simply determining distance from the tips of your finger to the floor when you’re standing straight up with your arms relaxed at your sides. This gives the club fitter a baseline to start from.

Next, you will be asked to hit a few shots and your ball flight and what part of the sole makes contact with the ground will be carefully noted. Most club fitters employ the use of a lie board and tape to aid in this process.

After you’ve hit clubs with a few different lie angles, the club fitter will have enough information to adequately determine the best setup for your swing.

There’s no question that the concept of lie angle and its effects on your golf game can be difficult to understand. That doesn’t mean it’s not important though. In fact, playing clubs with the wrong lie angle can severely hamper your ability to hit the shots you want and leave you frustrated. That’s why if you’re going to invest your hard-earned money in a new set of clubs, going through a fitting is worth every minute. The game of golf is hard enough. Having the right lie angle on all of your irons and wedges takes a variable out of the equation and will allow you to play more consistently, shoot lower scores and have more fun. 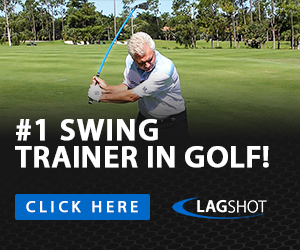